It is a pity that Corona has given us, all actors of the Nature Guide Network, so little opportunity to meet and exchange ideas in recent months. However, one thing is certain – spring and with it, the Nature Guide season 2021 will come!

Until then, we want to use the remaining winter weeks and invite all Nature Guides and network partners to be inspired by the experiences and knowledge of successful Nature Guides from different countries in a webinar series and to prepare for the coming season.

In six events, these guides will impart their specialist knowledge, pass on practical tips and tricks and be available for questions and exchanges.

Although this series of seminars primarily addresses active and future nature guides, it is also open to other interested parties, e.g. from the fields of tourism, nature conservation and administration.

As the Nature Guide Network Team, we explicitly wish for an active and open exchange and networking of the various actors.

We look forward to your participation!

Click here for more details about the seminar series

With this series of seminars we want to let Nature Guides from different countries tell you how they successfully made their way, what tips they can give or what mistakes they think should be avoided. Based on this practice-oriented approach, the focus of webinars is on e.g. self-marketing and product development, the acquisition of specialist knowledge in ecology, geology and didactics / methodology as well as the establishment and maintenance of your own network.

The events will be held in English and are limited to 50 participants. The respective lecturer of webinar will speak on a specific topic and will be available for questions and discussions afterwards. The length of the lecture and the format of the event vary depending on the speaker. The lecture (but not the subsequent discussion!) will be recorded on video and will be made available to all participants after the event.

For having enough time for questions and discussions, we have reserved 3 hours for each webinar. However, this also includes breaks and smaller interactions or participation methods.

The last event is even more focused on international exchange: Nature guides from the three project countries Lithuania, Poland and Germany each describe their own personal careers and experiences with international guest.  All of them will be available to answer your questions and discuss with you new guiding ideas and current tourism developments.

We therefore invite you to actively participate in the events and also to contribute your own experiences and perspectives!

Content: How do I create exciting and appealing nature experience products? Which target groups do I want to reach and how do I address different target groups? How can I best advertise my tours and products in different ways (incl. e-marketing tools, social media)?

Content: You will get an overview of geological history of the Baltic Sea region and  some tips on what features one should look for in order to read the past from a single pebble. By showing you numerous illustrations and photos from Southern and Eastern Baltic coast, you will be introduced to activities, that can help to keep focus on natural phenomena which are still present on the coast but exposed to constant changes of natural forces and not immediately visible.

Content: This webinar teaches professionel techniques for the reliable identification of animal species and explains the characteristics of the zoological classification system and of taxonomy in general in an easily understandable way. Furthermore this course conveys examples of common species in the Baltic Sea Region as well as general tipps and tricks how to use knowlegde of species succesfully during guided tours.

Content: How did they start their businesses? What is the most valuable business partner? How do
they promote themselves? How do they prepare for the coming Corona-season? etc.

Jan’s career as nature guide began at the early age of 10 when he joined the junior rangers. Later on he did his community service at the ornithological station in the Wadden Sea National Park. A trained biologist, he was Volunteer Warden in British nature reserves and ran international eco-tours. In the 1990s he developed a job profile and training scheme for rangers in Germany together with WWF Germany and co-funded the German Rangers association. He worked for 8 years as head ranger in the Brandenburg state office for environment. In 2005 he returned to his homeland, the Lüneburg Heath, and founded two guide companies, including Regio-Ranger®. Since then he has been offering guided tours and is active as an instructor for certified nature and landscape guides (ZNL) and rangers in various educational institutions.

Simonas is an expert in geology! He lives in Lithuania but has travelled a lot around Southern and Eastern Baltic coast and gathered vast collection of minerals. He obtained doctor’s degree in Vilnius University in geology and has been working in interpretative way as an educator in Lithuanian schools. He is an active member of Lithuanian Geologist Union and organizes series of educations units in geology topics. His vision: Knowing geology of your region one understands better himself and the universe.

Randy was born in Key West Florida USA, but have lived all his life in Norway. Throughout his life, he has had a deep interest and love of nature and he dedicated his life to working with nature and protecting it, e.g. by working for Greenpeace and the Rainforest Foundation. He studied ecology and management of natural resources with focus on nature interpretation. He is also an ornithologist, a licensed teacher and a certified interpretive nature guide (National Association for Interpretation). In 2014 he started his company  Raven Nature Interpretation and is parallely working as a consultant and nature interpreter at Ytre Hvaler National park (south-eastern tip of Norway).

Tomasz is a doctor of geosciences, a Baltic Sea researcher, climatologist, but also a storyteller and an expert on the big and small secrets of the island of Wolin. As a nature lover and environmentalist, he offers guided tours both in northern Poland and on the southern coast of Scandinavia. Against the background of all his activities and roles, he works with many other actors and partners and knows the fundamental importance of networking.

Oliver has been crazy about nature since he was a child. He followed this passion, travelled the world and extended his knowledge of biodiversity and ecology on his journeys. After working as a teacher of biology, chemistry and physics for many years, he became a in Germany certified nature and landscape guide (ZNL) on the beautiful island Rügen in Germany. Here, he invites his guests to experience science while getting in touch with nature.

As one of the founder of the company Oder Delta Safaris, Iwona develops and leads guided tours through Western Pomerania focusing on wildlife watching. Further, she is running a rural accomodation for the guest of her tours and knows well how to manage service packages. As the Polish Team leader of Rewilding Europe, her mission is also to protect and rewild the magnificent Oder Delta.

Originally from Bulgaria, Boris has settled in western Lithuania, in the Nemunas Delta Regional Park for recent years and is active nature guide. He studied nature sciences and has been working in nature conservation for many years. As an ornithologist he founded his own bird observation and nature tours company “Alcedowildlife”, but also works as a guide for other nature tourism entities. Furthermore, he was the organizer of a special ornithology training course (BirdingID). During his travels to different countries and their landscapes he follows his passion, photography.

Since 2008, Frauke Bennett offers guided canoe tours in Lower Oder Valley National Park. There her guests see the hidden places, not so easily to be found in this unique area on the border to Poland. She is dedicated to the issues of nature conservation, natural river development and restoration and of course climate change.
Frauke is a certified nature and landscape guide (ZNL) who runs a popular one-woman-business with an expanding and reliable networking base. 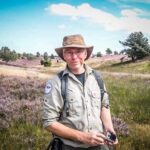 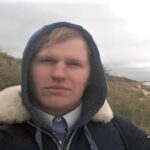 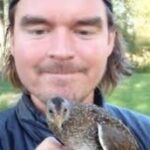 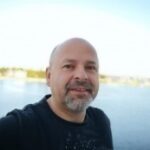 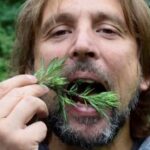 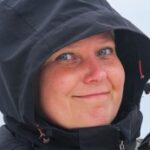 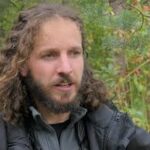 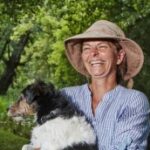